The newly bullish tone for Bitcoin prices has fed through to crypto-related companies’ shares.

The largest cryptocurrency continued its unexpected march higher this week, surging to as high as $5,316 in late U.S. trading before paring back some gains by Asia hours Thursday. The Bloomberg Galaxy Crypto Index, which tracks a basket of the largest digital tokens, has rallied as much as 28 percent this week, on track for a fifth straight weekly gain after months of relative inactivity. 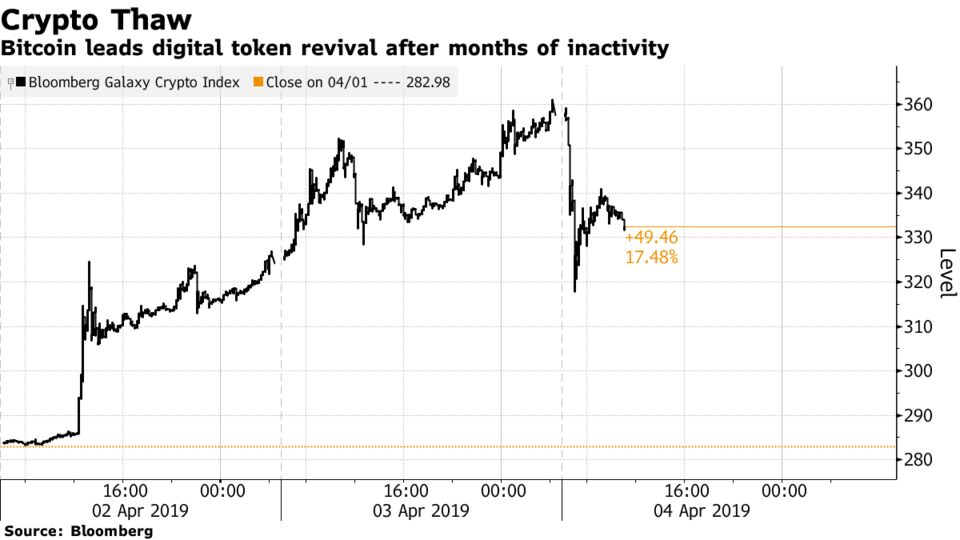 Crypto-linked stocks in Asia also extended gains, led by Remixpoint Inc. in Japan with a jump of as much as 16 percent during the day Thursday. It’s up 26 percent so far this week. Vidente Co. has climbed almost 20 percent since the weekend, while Omintel Inc. is on a 6.3 percent advance. 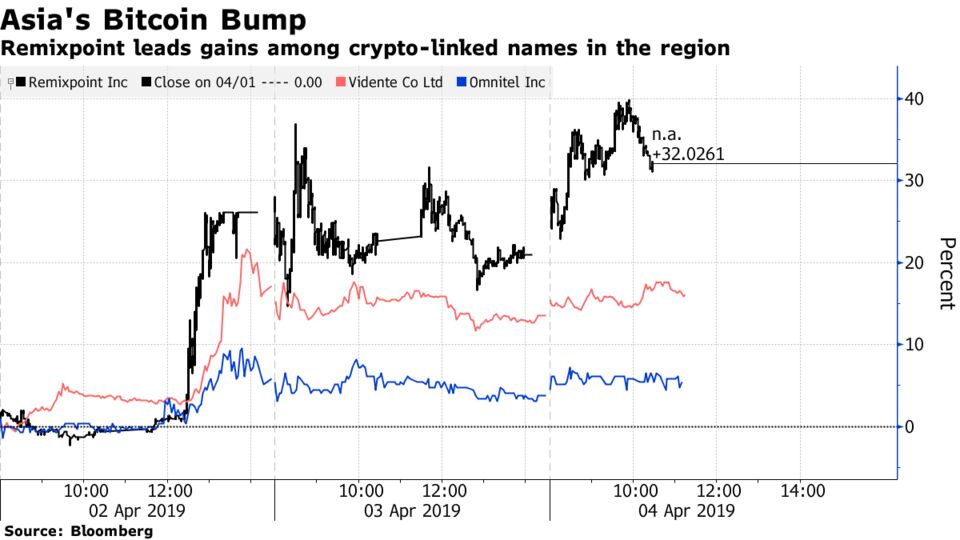 Bitcoin’s late gains helped fuel a post-market rally in U.S. small-cap crypto stocks after Wall Street closed. Riot Blockchain Inc., which had already advanced 12 percent during Wednesday trading, extended that by as much as another 12 percent to touch $5.42 after the close, though it later lost the gains. Smaller crypto firms DPW Holdings Inc. and Marathon Patent Group Inc. also rose further for a time after the close. 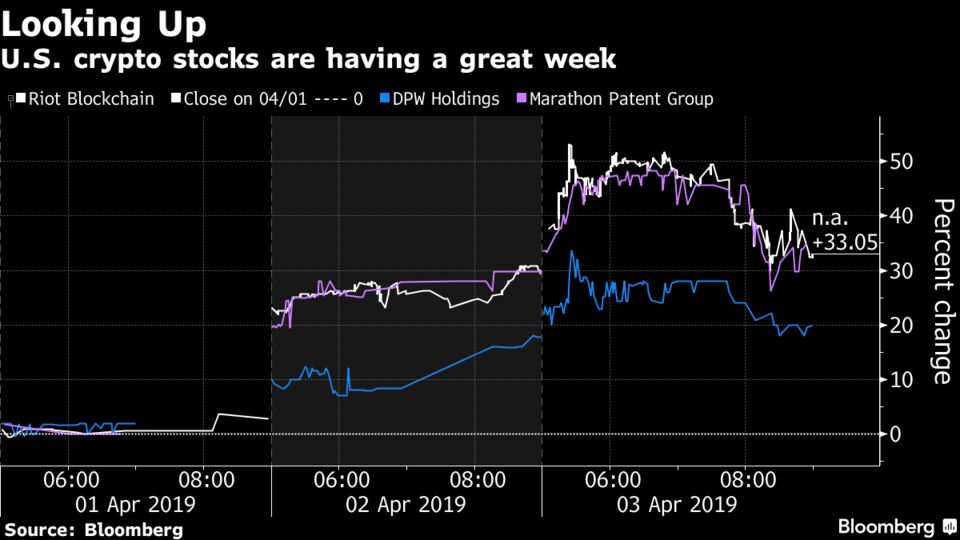 Thanks for your sharing

Have a terrific Tuesday

Come for the support

Good afternoon to you.