Brave Browser now lets users earn by just surfing the web through blocking ads and only allowing those that are privacy-respecting for only those who opt to participate in the new surfing method. 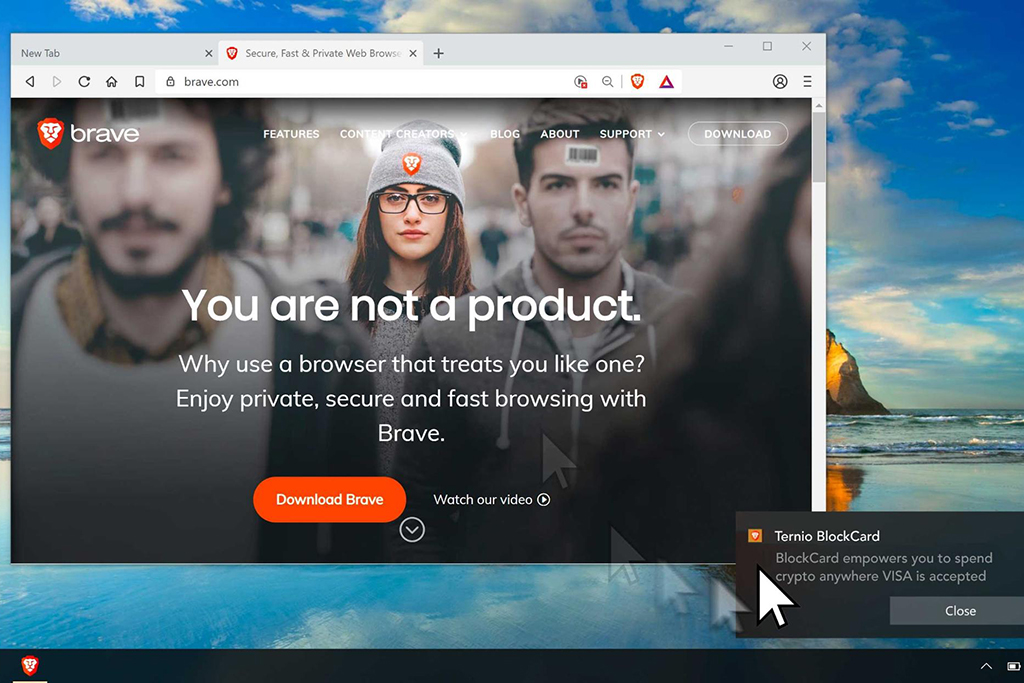 Brave’s promise to pay users for browsing online ads may soon bear fruits. As we published, Brave has reached a new milestone by finally enabling users to earn cryptowhile surfing the web. Instead of the typical display of ads embedded on sites, Brave plans to debut small notifications not wedded to any particular sites. These notifications resemble those of the Slack desktop app featuring promotional offers from many brands.

The company began testing all privacy-respecting ads in 2019. Now, the new technology is active in the main version of Brave for all types of personal computers. Whenever a user opts in, they get a share of the resulting ad revenue. Brendan Eich explained:

“This is what we’re excited about because it doesn’t require publisher opt-in. The main model for us is advertiser-to-user.”

Eich described the Brave notifications as the top of the funnel” reward schemes. When users click on one notification, they are redirected to a site with more data and information about the available offer. The company is proceeding with its plans to pay people who view opt-in ads. Participants must have the latest version of its desktop web browser.

After downloading the latest version, they should sign up for Brave Rewards. After registration, they are given the choice of viewing Brave Ads that offer a 70% cut of the ad revenue through digital currencies when preferred. The ads will not compromise privacy according to Brave. Also, the company expects that soon the tokens will be useful for more than just donating to content creators and sites.

Plans are underway to convert the BAT tokens into real currencies. As we wrote in November last year, Coinbase revealed its initiative to launch full trading of the Basic Attention Token (BAT). Coinbase will support the token in both the Android and iOS apps. Hence, the new earn-as-you-surf strategy introduced by Brave seems to be commanding adoption at a considerable rate.

“Brave is changing the paradigm of digital advertising where consumers are fairly rewarded for their attention.”

The traditional methods of advertising online monitor users’ behaviour and report to the cloud. The cloud then picks ads based on the users’ browsing behaviours and routines. To counter that, Eich stated:

“We turn tracking on its head. It’s a private ad system that doesn’t involve tracking on the front side. It can pick ads that are specific to you based on your browser data.”

Therefore, advertisers will get the targeting that they want while relying on machine learning integrated into the Brave browser itself.

Yeah, you can earn their token BAT by using brave browser.

I love this token BAT, and you?

Thanks for your support.