Bitcoin may be a decade old, but we’re still in the early stages. In fact, we’re so early that a Medium article revealed that we’re in the year 1994 if you compare crypto’s trajectory to that of the internet in the early 1990s. Nevertheless, mass adoption is coming at a rapid rate and our research shows that we are half a decade away from that dream. In this article, we explain why 2024 is the year that cryptocurrencies become mainstream.

THE NUMBER OF BITCOIN USERS WILL DEFINITELY EXPLODE IN 2024

It is quite difficult to get the precise number of bitcoin users today, but there are figures that give us a good estimate. For instance, the Bitcoin Market Journal reveals that there are 32 million bitcoin wallets. More than half of those wallets (53%) are used for either long-term investment or speculation. In 2018, the number of bitcoin wallets surpassed the 20 million mark | Source: Medium

So let’s say there are 32 million bitcoin users today. By 2024, that number is expected to swell by 525%. According to a report, experts predict the exponential rise of bitcoin users from 32 million this year to 200 million in the next five years. At that point, bitcoin’s purpose would have evolved. On top of investment and speculation, casual consumers will welcome bitcoin as a safe store of value and digital money.

In five years, fewer than 20% of consumers will use cash or bank cards to pay for lunch. Close to six out of 10 people will transact using cryptocurrency.

In April, an IMF poll with 37,000 respondents revealed that in 2024, 56% of the people surveyed think they’ll be buying lunch using cryptocurrency:

How do you think you will be paying for lunch in 5 years? #IMFmeetings #DigitalPayments

The survey shows that many people expect cryptocurrencies to be one of the primary payment methods in the near future.

MERCHANTS ARE ADAPTING TO THE CHANGING TIDES

As demand for bitcoin and cryptocurrency is expected to rise, merchants are quickly responding to the writing on the wall. 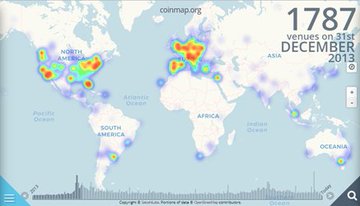 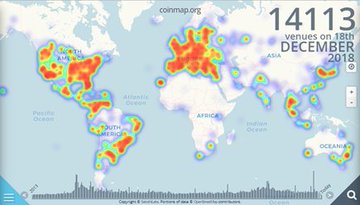 Now if we take the current growth rate of merchants accepting crypto (70 times in five years) to forecast the number of bitcoin-accepting venues in 2024, there will likely be more than 1 million stores that accept bitcoin as a mode of payment. This is a conservative figure, as we’re only considering the very early stages of adoption.

With more than 200 million people using bitcoin and other cryptocurrencies and more than 1 million stores accepting payments in BTC, it is not so farfetched to think that bitcoin can become an asset worth $5 trillion in 2024. That’s quite difficult to imagine considering that the current market cap of bitcoin is slightly more than $127 billion. Nevertheless, we are still very early. Keep in mind, we’re in 1994 compared to where the internet progress was.