Is the Future of Crypto in Hong Kong in Danger? Extradition Protests Spark Fear

An estimated 1 million Hong Kong residents took to the street on Sunday to protest changes to extradition law by Beijing. The protests were peaceful up until midnight when rising tensions erupted in violent clashes with the police outside the legislative offices, sparking fear towards the future of the region’s crypto sector.

While concerns over extradition law provided the backdrop for the turmoil, the underlying issue relates to increasing unease over Beijing’s continual encroachmentinto Hong Kong’s affairs. And considering China’s tough stance on crypto, many are wondering what will become of Hong Kong’s cryptocurrency market. 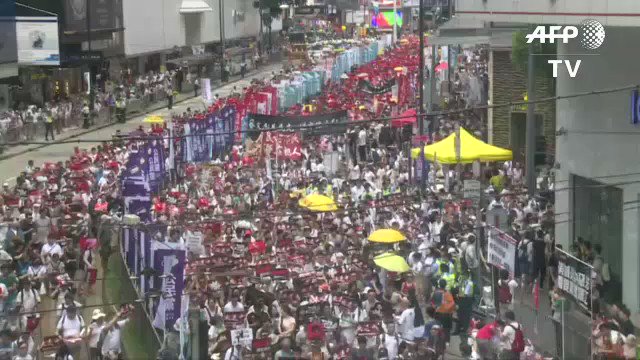 
VIDEO: Huge crowds in Hong Kong take part in a protest march as anger swells over plans to allow extraditions to China

The proposed extradition amendment would allow the extradition of suspects to mainland China. Legislators believe the change is necessary to stop Hong Kong from becoming a refuge for criminals.

However, critics are concerned that Beijing would exploit the ruling to extradite political opponents, and other enemies of the state, to China, where legal rights are questionable.

Professor Dixon Sing, of Hong Kong University of Science and Technology, believes the proposals would subject people to arbitrary detention and unfair trial and torture. Speaking to the BBC, he said:

“It could give China additional leverage to counteract Western policies against its interests… Once this law is passed, Beijing could extradite foreigners staying in or passing through Hong Kong.”

All of which raises questions over the future of crypto in Hong Kong. While China is not against blockchain technology as such, it is openly hostile to speculative trading of cryptocurrencies.

Some see this as necessary to protect investors from scams, while others attribute China’s approach to crypto as a way to enforce monetary control. 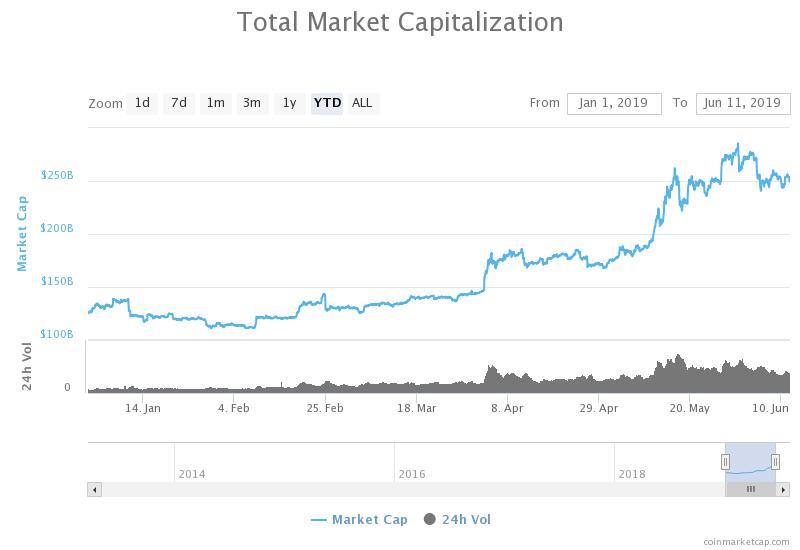 The valuation of the crypto market has doubled year-to-date (source: coinmarketcap.com)

Technology blogger, Marco Rossi takes the argument one step further. In this article for hackernoon, Rossi highlights to opposing ideals between crypto and the Chinese state. He wrote:

“The main agenda of Bitcoin, Ethereum, and other cryptocurrencies, hence, clashes against the very totalitarian and centralising nature of the Chinese state. Whether such ‘cryptoagenda’ will be successful or not China’s not willing to take the risk. Because nothing, not even a virtual coin should compete with the almighty power of the state and its Communist Party.”

And so, Hong Kongers are justified in thinking that the “one country, two systems” constitutional principle is a sham. But of more significant concern is the expiration of this arrangement in 2047. To which Beijing will have full sovereignty over the former UK colony.

With that in mind, barring an unprecedented u-turn by Chinese officials, the long-term outlook for cryptocurrency in Hong Kong is looking bleak. One Reddit user wrote:

“You’re right, China is willing to play the long game. This extradition law is just the beginning, in 20 years HK will just be another province.”

All the same, others express an unperturbed response by pointing out that China has not banned the holding of cryptocurrencies. On top of which, numerous loopholes exist to trade cryptocurrency, if one wished. But then again, shouldn’t people have the right to trade crypto without using cloak and dagger antics?