Bank of America: Facebook’s Libra Could Act as an Endorsement of Crypto; Here’s What Analysts Think

The crypto and finance worlds are both patiently awaiting further news about Facebook’s highly anticipated cryptocurrency project, Libra, which is expected to be officially discussed in detail tomorrow.

Prior to this announcement, multiple major analysts at global banks have shared their thoughts on what Libra could mean for both the company itself and for the aggregated crypto markets in general, and the consensus is rather bullish.

When Facebook Calls, You Pick Up: Libra Garners Major Partners Ahead of Official Launch

Although Libra’s massively centralized nature runs counter to the credo of decentralization held by many crypto enthusiasts, there is no question that one of the benefits of its inextricable ties to Facebook is the sheer amount of massive partnerships it has already garnered ahead of its launch.

According to recent reporting from The Block, Facebook has already on-boarded multiple major companies to use Libra, with just a few of the notable names including Uber, Visa, Mastercard, Ebay, Spotify, among many others.

Frank Chaparro, a journalist at The Block who first broke the list of partnerships, posted a chart on Twitter detailing the partners, which can be seen in the below tweet:

We’ve mapped it out too! pic.twitter.com/o2uhoxKJjc 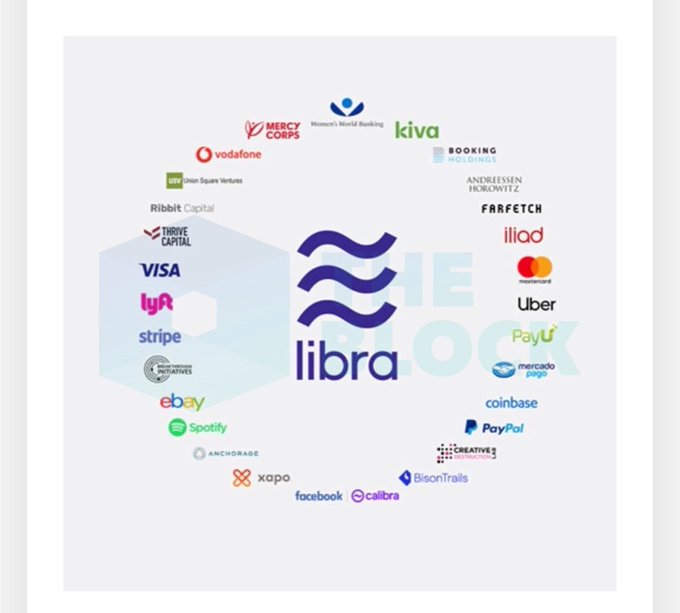 145 people are talking about this

Could Libra Act as an Endorsement of Crypto? Bank of America Thinks So…

Multiple analysts at major financial institutions have been sharing their thoughts on Libra and its potential impacts on Facebook and the crypto markets, and generally tend to be offering bullish sentiments.

Analysts at Bank of America recently explained that the caliber of partners and Facebook’s massive user-base could lead Libra to act as a massive endorsement of cryptocurrency in general, while also acting as an important component of Facebook’s eCommerce initiatives.

“With more than 2.5 billion users, Facebook and its partners could be a significant endorsement of cryptocurrency and a notable addition to the Facebook app ecosystem… We see the launch as an important initiative for the company as it builds out a more private messaging ecosystem with eCommerce capabilities,” they said.

Other analysts have also noted that Libra could provide multiple benefits to users who are living in countries with unstable banking systems or with massive inflation, which is one oft-touted benefit of cryptocurrency in general.

“We believe a Facebook cryptocurrency-based payments system could be especially useful in countries with high inflation/unstable banking systems and for cross-country remittances,” analysts at MoffettNathanson said.

Additionally, analysts at SunTrust have explained that the Libra initiative puts Facebook at the front of the crypto movement, which, they suspect, will help the company secure its position within an “important trend.”

“We believe this is a major initiative for Facebook… It positions the company as one of the key actors at the center of the crypto currency development, and a main architect of the future of this emerging and important trend,” SunStreet noted.

As the world gains more information about the Libra project – which remains somewhat mysterious as of now – it is highly likely that it will continue directing a significant amount of attention to the crypto markets.