To celebrate TRON Independence Day, Justin Sun will hold livestream to summarize the achievements of the year and to reveal the plans for the future. 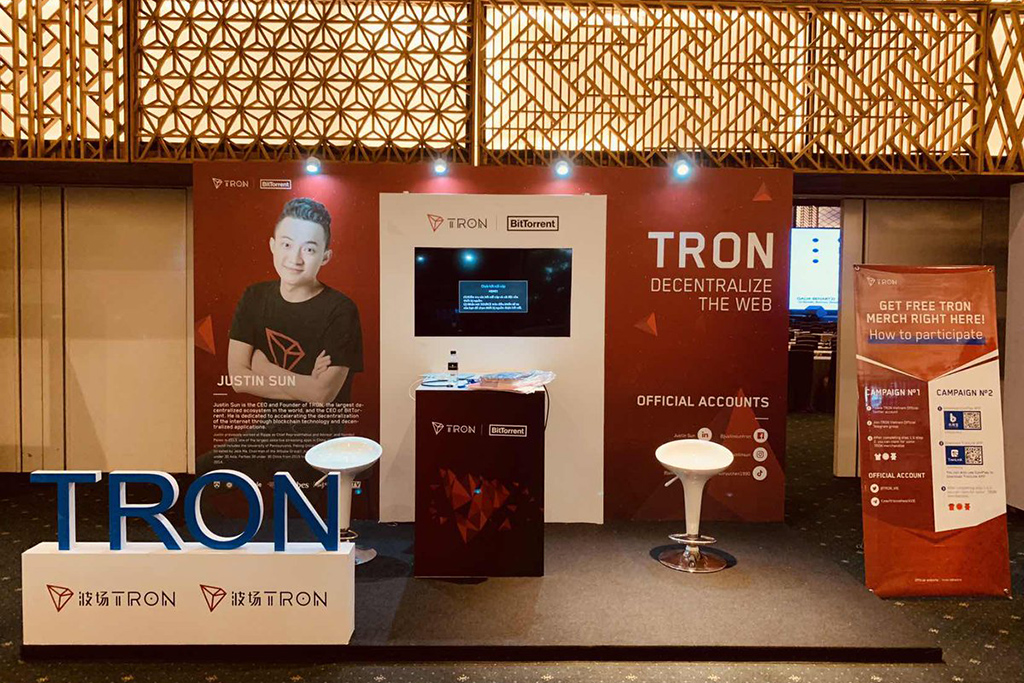 Today the Tron community is celebrating TRON Independence Day. To mark the project’s anniversary, Justin Sun, founder of TRON and CEO of BitTorrent, is inviting everyone to join his livestream on PeriscopeCo and YouTube. It’s high time to recollect what has already been achieved and what is waiting ahead. 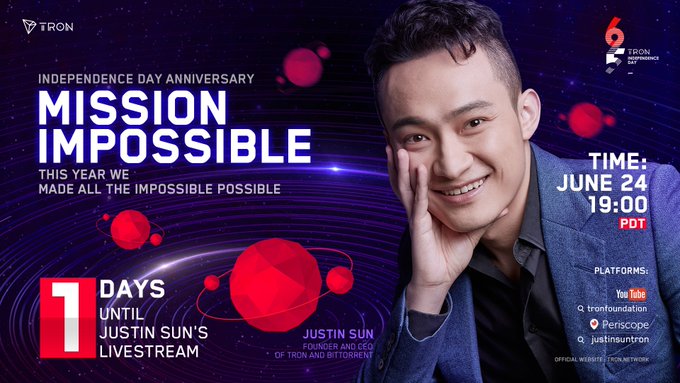 
What an awesome way to wrap up the 1 year with livestream on @PeriscopeCo and @YouTube that will be up tomorrow. See you all at #TRONIndependenceDay livestream.


177 people are talking about this

This app will reward users with BitTorrent’s native BTT tokens and will become available on the µTorrent Classic Windows client. Users will get a possibility to get their rewards not only for active file seeding but also for providing space for data storage.

Less than a month ago BitTorrent announced its plans to incorporate BitTorrent File System (BTFS) as another blockchain solution into the BitTorrent ecosystem. It is a BitTorrent-based version of decentralized file system InterPlanetary File System. This system enables users to receive and host storage on their computers with other participants of the network.

It is said that BTFS Mainnet will be publicly launched in the third quarter of 2019. It will power all TRON decentralized applications that presuppose the usage of a decentralized storage network.

According to Sun, the work on BTFS is already the first step in creating a distributed blockchain-powered web platform. Such a move is a new contribution to the realization of a wider strategy to create a decentralized internet.

“We’re creating a platform with BTFS, BitTorrent Speed blockchain integration and the BTT utility token to let users quickly and privately interact with each other around the world without a middleman or government intervention,” explained Justin Sun.

Earlier this year, BitTorrent has announced that the public beta version of BitTorrent Liveis to be released in the second quarter of 2019.

BitTorrent Live is a decentralized video-based social media app. The platform offers its users an opportunity to create live content and to find people with similar interests via their mobile devices.

To hold livestreams, users will need to have only internet access. At the same time, their audience will be able to give instant feedback and likes. Such a platform will provide content authors with a new earning opportunity and a higher level of the protection of their rights. The global launch of the platform will be held in several phases.