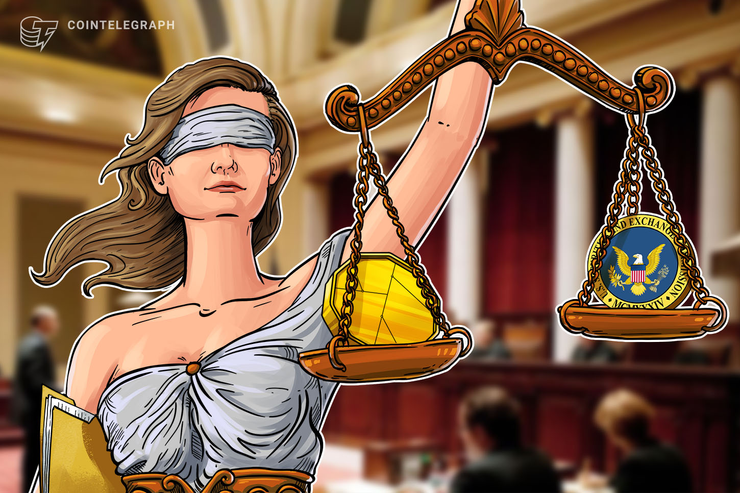 XRP investor Bradley Sostack has amended a class action suit against Ripple, in which he alleges that the company misled investors and proceeded to sell XRP as an unregistered security, in violation of federal law.

Sostack submitted his latest filing on Aug. 5 to a United States district court in California. According to a report by CoinDesk on Aug. 13, the original class action suit was filed about a year ago, but had yet to gain traction as a class action suit. However, Ripple now must reportedly respond to this latest action by some time in mid-September.

Crucially, the report notes that Sostack’s latest complaint cites guidance issued by the United States Securities and Exchange Commission arguing that XRP counts as a security. Jake Chervinsky, who serves as general counsel to Compound, remarked:

“The Complaint reads like a love letter to the SEC [...] Although the SEC’s Framework is technically only non-binding guidance, the Court will likely give it significant weight in deciding how to apply the Howey test to the facts of this case.”

In the filing itself, the plaintiff’s counsel wrote:

“As explained in more detail below, applying the analysis in the SEC Framework and applicable precedent, the XRP tokens offered and sold by Defendants have all the traditional hallmarks of a security, as reflected in SEC v. W.J. Howey Co., 328 U.S. 293 (1946) (‘Howey’), and subsequent case law. XRP tokens also qualify as a security under California law.”

After laying out their substantive allegations and recalling the SEC guidance which references the foregoing Howey case, the counsel concludes the following:

The SEC has postponed its decision on VanEck’s listing to Oct. 18, Bitwise’s listing to Oct. 13, and Wilshire Phoenix’s United States Bitcoin and Treasury Investment Trust to Sept. 29. Attorney Chervinsky, for his part, forecast a 90% chance of postponement prior to the SEC’s announcements.